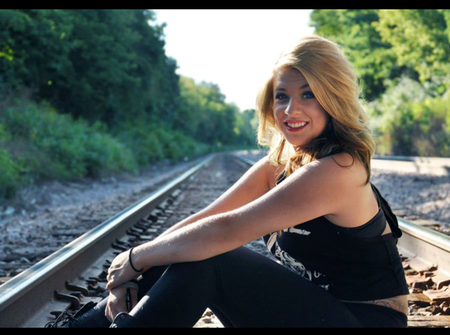 Courtney Basich started her dance career at a very young age, with every style from ballet, contemporary, tap, and jazz... But later in life found her passion for Hip Hop.   She began taking workshops and master classes, many on scholarship. She went on to take countless classes in the city and at the age sixteen started training under well-known artists in the city, such as Kris Rhodes. She also has been to numerous conventions, studying different styles of hip hop where she was chosen from majority of the select groups.

Courtney taught her first professional level class at sixteen years old, where the students later preformed her choreography in front of a large crowd in the city. Throughout her career she has worked and danced with many artists such as, Phoenix and Pharside from AOV, S-Rank, Ian Eastwood, Brain Puspos, Sean Bankhead, Parris Goebel, Kyle Hanagami, KK Harris, Lando Wilkins, Jawn Ha, Bam Martin, Tony Szar, Marlee Hightower and more. At seventeen, Courtney performed in Carnival Choreographers Ball, Chicago.  She then decided to get back into the competition scene and joined Ultimate Athletics. She has competed all over the U.S, including Dance worlds at Disney's Epcot 3 years in a row, against teams from around the world, such as China, Japan, Brazil, Russia, Australia, New Zealand.  Courtney has also trained the junior team below her, motivating them to compete where they also received a bid to Worlds Competition where they competed right alongside of her.  When the time came, she jumped to the next level and started taking part of the World of Dance tour stops, dancing with longtime friend Samantha Caudle. Going to different states on this tour brought her close to other dancers that were also taking part, such as Tiara Rapp from 8 Flavahs and S-Rank, The Elektro Botz, Fik-Shaun, The Williams Family, B-Boy Morris, and the Outlawz.

In 2016 after competing, she decided to take a break from intense dance training to focus on family and working…until Illinois Dance Conservatory called her back into Dance... and she couldn't be happier to be back!